As a leadership coach, I have come across some truly amazing leaders. Unfortunately, these are few and far between in comparison to the plethora of weak leaders I have come across. This made me think of the factors that contribute to weak leadership, which I have outlined below, so you can learn to avoid such behaviours and become the strongest leader you can be.

I think one of the reasons behind weak leaders is that they end up as leaders almost by default. For example, the best salesperson in the team gets promoted to a leadership position. The problem is that selling, and leadership require a different set of skills.

With the above in mind, I have compiled a list of eight characteristics of weak leaders. My hope is that if you see your current leadership style in any of the list, then you will seek help to make the necessary changes.

8 Characteristics of a Weak Leader

The list above is not exhaustive, and I am sure you can think of many more characteristics of a weak leader. I would be grateful if you could add any that you think of in the comments section of this article.

If you would like my help improving the leadership skills in your business then please call me on 020 8337 5937 or send an email to gary@garymorgan.co

Thank you for taking the time to read this article. I look forward to hearing from you. 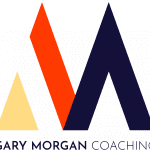